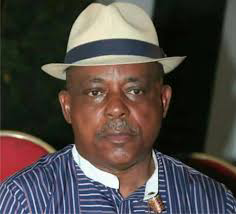 The South-West zone of the main opposition party, the Peoples Democratic Party, PDP, is currently enmeshed in a deep crisis. And while the individuals in the party are making move to reconcile the warring parties in the dispute with little success, the National Working Committee, NWC, of the party, led by Prince Uche Secondus is snoring in ignorance of the crisis and pretending that all is well.

What is surprising to political analysts and watchers of political developments in the South-West region is the intensity with which the crisis is deepening.

Unfortunately for the PDP, two key elections are taking place next year in the geo-political zone, Ekiti and Osun states gubernatorial elections.
Although the electoral umpire, the Independent National Electoral Commission, INEC, is yet to announce the dates for the two elections, with the benefits of hindsight, Ekiti election will come up around June next year; while the Osun poll, all things being equal will come up around August 2022.

It would also be recalled that the strongest factor that worked against the PDP in the 2019 general elections was the division within its ranks and the success of the party in Oyo State was due to a last-minute resolve of the leaders in the state to work together. Thus as of today, the only PDP governor in the region is Seyi Makinde of Oyo State.

Nearly all the state chapters in the South-West are in crisis. In Ekiti State, where it is more pronounced, there are two factions, the Senator Abiodun Olujimi faction and former Governor Ayodele Fayose’s faction. In Lagos State, the PDP chairman, Mr Deji Doherty, is alleged to be under suspension for his high handedness as announced by the state Secretary, Prince Muiz Dosunmu, after a state executive meeting recently. In Ogun State, the death of Senator Buruji Kashamu has not stopped the internal wrangling going on in the party, which many many have adduced for the defection of the former governor of the state, Otunba Gbenga Daniel, to the All Progressives Congress, APC.

The situation in Osun is not better, as the suspended Chairman, Soji Adagunodo, and the National Executive Council, NEC-appointed chairman, Sunday Atilade, have factionalized the party in the state. In Ondo State, the suspension of some key members of the party last December has clearly shown that the leadership of the party are working at cross purposes. In Oyo State where the party produced the only governor in the region, all is not well.

What is happening within the party in the state is an uneasy calm. The leaders of the party that came together to defeat the APC in the last governorship election, like the former governor of the state, Senator Rashidi Ladoja, former Secretary to the State Government, Barrister Sarafa Ali, former Deputy Governor of the state, Barrister Hashim Gbolarumi, and Senator Femi Lanlehin are said to have fallen out with Governor Makinde.
Aside from this situation in the PDP in the South-West states, the situation at the regional level is more precarious. The war of attrition between the former governor of Ekiti State, Peter Ayodele Fayose, and Governor Makinde of Oyo State is tearing the party apart in the region. Fayose and Makinde have been at loggerheads over the control of the party in the zone.

Fayose had accused Makinde of tampering with the leadership of the party in Ekiti and the entire South-West.

He said, “There has been a reasonable cold war of who becomes members o the executive of the zone. Governor Makinde has demanded that the zonal executives be sacked, and a caretaker be fostered which the party did.

“But since the caretaker committee came into being, he has not allowed them to function, because he produced the chairman. Beyond that, the fact that there is a sitting governor does not say I should go to another man’s state. Nobody should come to my state; if you come to my state, I will face you squarely. I will continue to respect him because he is my brother. I love him so much and I was part of his emergence.”

It is believed that Makinde is tactically backing the Ekiti State executive council produced by Senator Olujimi’s faction and this angered Fayose. Throwing light on the party’s constitution and convention within the party, a leader of the party who doesn’t want his name mentioned informed that Makinde being the only PDP governor in the South-West, is the leader of the party and should be given preference when decisions regarding the party are to be taken.

Going down memory lane, the leader explained that when Fayose was the only PDP governor in the region, he did not only decide what happened, but that he installed all his loyalists as state, zonal executives, even without recourse to the elders of the party.

He said, “He was given his respect, honour and dignity as the leader. What he is doing now is an affront to Makinde’s leadership.”

At the height of the in-fighting between Fayose and Makinde, Fayose was openly attacked by the party’s youth at the grand finale of the Ondo State gubernatorial election campaign in Akure, the Ondo State capital last October. Fayose blamed his attack on Makinde, who was the chairman of the PDP Campaign Council in the election.

Political analysts and observers are if the opinion that the current crisis in PDP in the South-West region could lead to mass exodus from the party.

How soon can the party fix its problem and how will this affect its chances in both Ekiti and Osun governorship elections next year?

Responding to this, Makinde said the crisis would soon be resolved and that efforts were on to even bring back those who had left the party, like former governor of Ogun State, Otunba Daniel. He added that the party would continue to seek peace in the South-West zone, because the zone is pivotal to the progress and stability of the country.

He equally urged the aggrieved parties in Ekiti and other states of the South-West to sheath their swords and give peace a chance as, according to him, the situation will soon be resolved.

On the Ekiti State chapter of the PDP, Governor Makinde said, “The two warring factions should give peace a chance and I really do not think it is as bad as it is being projected in the media.

“Yes, within a family, you have disagreements, which is what we are having right now; and we will solve them the PDP way very soon.”

Also speaking, a Lagos-bases public affairs analyst, Mr Kola Ojo, said that there were crisis in the two major parties and that the media just focused mostly on the PDP crisis, because it is more pronounced.

“In the two states, Osun and Ekiti where elections will hold next year, all is not well with the APC too. In Osun, there is a cold war between the Minister of Interior, Ogbeni Rauf Aregbesola and the state governor, Alhaji Gboyega Oyetola and in Ekiti State, there is an open rivalry between Senator Babafemi Ojudu and Governor Kayode Fayemi’s camp.”

Ojo, however said that the party that is able to resolve its internal wranglings on time, might coast away to victory in the coming elections.

We Are Maginalised In Political Appointments, Lagosians Cry Out

Visit To The Villa: Amotekun Not For My Re-election -Akeredolu