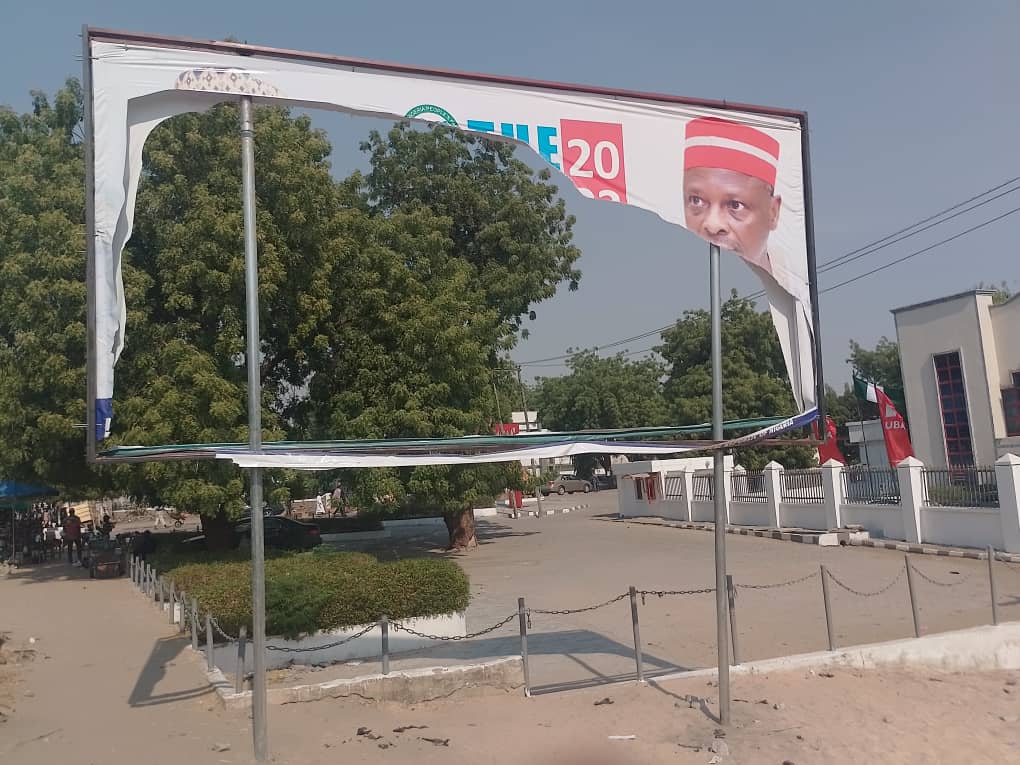 The Borno State chapter of the New Nigeria Peoples Party, NNPP, has again lamented over the coordinated destruction of its billboards and posters in designated strategic places in Maiduguri metropolis and its environs.

This was contained in a three-page press statement, signed by the state chairman of the NNPP, Barrister Mohammed Mustapha, which was made available to some journalists in Maiduguri on Sunday evening. 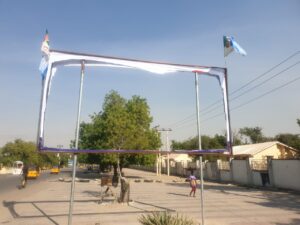 Barrister Mustapha alleged that the ruling All Progressives Congress, APC, and some of its leaders were behind the wanton destruction of NNPP campaign structures in the state.

But reacting to the allegation, the chairman of the ruling APC in Borno, Hon Ali Bukar Dalori, denied the allegation, insisting that his party is not behind the destruction of campaign structures of any opposition parties in the state. 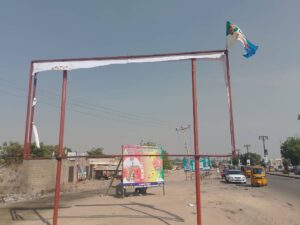 The statement reads, “The NNPP Borno chapter finds it highly imperative to draw the attention of the good people of Borno State to the dangerous political trends capable of plunging our dear state into wanton violence and disruption of the emergent fragile peace that we have collectively fought for.

“It is alarming to note that no other group is leading this mundane and archaic politics of bitterness other than the ruling All Progressives Congress, APC, and its government under Professor Babagana Umara Zulum. A man who has been promoted as the people’s governor. 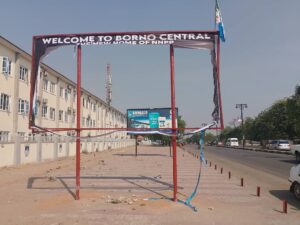 “It may interest the general public to note that on Friday, January 20th, 2023, a second peace accord was signed by all the political parties, their leadership and candidates to demonstrate our readiness to support the Independent National Electoral Commission, INEC, to conduct peaceful, hitch-free and violence-free 2023 general election.

“That singular action, as organised by the National Peace Committee, headed by former Head of State, General Abdulsalami Abubakar, gave all well-meaning Nigerians the confidence of having yet another democratic progress that will reflect the overwhelming wishes and aspirations of Nigerians.

“It is disheartening to say that we, the people of Borno State, having crept out of one of the ugliest insurgencies in recent times across the globe, may not benefit from the dividends of the Peace Accord signed by our leaders and elder statesmen of high repute. This is mainly due to the actions and negative body language of the ruling APC and its government in Borno State.

“The likes of political sages, like the late Waziri Ibrahim of blessed memory, who was the proponent of “Politics Without Bitterness,” will be turning their graves in the face of the cruel politics being perpetrated in the state that once prides itself as the Home of Peace.

“We, the members of the NNPP, have been on the front burner of the victims of the political violence of the APC and its hired political thugs in recent times. 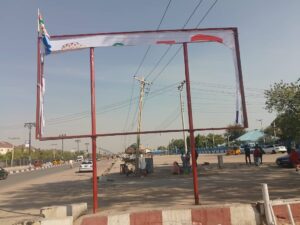 “This attack on our campaign structures was coming barely two weeks after similar destruction was carried out on the same number of billboards. As law-abiding members of a party whose principles have resonated with the electorates, we did not call for counter-violence. Instead, we urged our teaming supporters to remain calm and law-abiding while the leadership of NNPP reported the matter to concerned security agencies.

“The Friday incident of an attack on our billboard was carried out in a coordinated fashion on the night of the very day we replaced our duly authorised billboards.

“It is even more saddening to note that the APC and its thugs did not only destroy our billboards, but they also went ahead to replace the banners on them with those of some of their own APC candidates even though we have paid the Borno State government all the required fees for the advertisement permit.

“We want to kindly remind the general public that this attitude of violence by the APC and its government did not start today.

“It was on record that on August 25, 2022, the Borno State secretariat of our great party, the NNPP was, in the most shameful manner, sealed by the Borno State Urban Development Board, on the directives of the state governor. That incident happened about three days to the day the national leader and presidential candidate of the NNPP, His Excellency, Dr Kwankwaso, was expected to visit the state and commission the secretariat.

“On the same day, our senatorial candidate, and party leader in Borno State, His Excellency Attom Magira Tom, was unlawfully arrested and detained by the Nigeria Police for many hours simply because he showed up at the secretariat to find out what was going on.”

Continuing further the statement added, “Similarly, on August 28, 2022, when our presidential candidate visited Maiduguri to launch our party, NNPP, his convoy was brutally attacked on the way to the airport, and not less than ten of our vehicles were vandalised.

“All these unfortunate happenings are going on in our state at a time when the state is governed by a university Professor and member of the National Institute, who is supposed to be an intellectual and above board.

“In light of these ugly trends, coming weeks of the conduct of the general election, we call on the INEC to take disciplinary measures against the violation of the Electoral Act by the APC and its government.

“We are also worried that most of the destruction perpetrated on our billboards by the APC was done at locations where the offices of the security agencies are located, and nothing was done to prevent its continuous recurrence.

“We, therefore, call on the APC-led government under Professor Babagana Zulum to call his party members to order, as there is a limit to indiscretion. We will continue to call our members to order, but will not tolerate further onslaught on our party campaign structures.”

Meanwhile, the state chairman of the APC, Hon Dalori, insisted that “the NNPP is crying foul on the crushing victory by the APC-led government under the leadership of governor Babagana Zulum, who in the last three and half years, was able to put smile on the faces of Borno people through dividends of democracy and inclusiveness.”

He added that the NNPP is concocting lies against the ruling APC, stressing that the APC and its teaming supporters are peace loving individuals, who are poised to ensure Borno sustains its developmental strides under the good leadership qualities of Governor Zulum.”