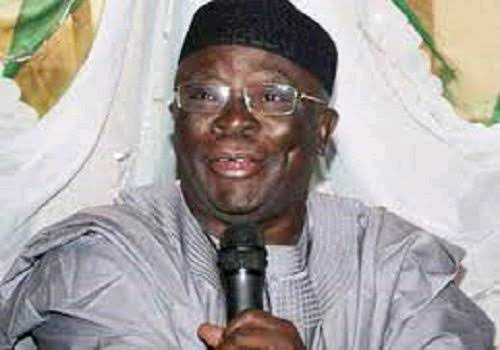 Yoruba socio-political organization, Afenifere, has insisted on its call for an urgent restructuring of the country with a view to institutionalize true federalism without further delay.

This is just as it also expressed its determination to pursue the restructuring agenda with doggedness and steadfastedness.

These resolutions were arrived at a meeting, held in the Lagos residence of its acting Leader, Chief Ayo Adebanjo.

In a press release by the new National Publicity Secretary of the organization, Comrade Jare Ajayi, Afenifere said that the present situation of the country was reviewed at the meeting, which was presided over by Chief Adebanjo.

The release said, “At the end of the review, Afenifere felt that there are reasons to express fear over the fact that Nigeria is on the verge of becoming a failed state, going by the myriad of problems and crises that are presently bedeviling the country. And the only way to prevent a total collapse is to restructure. This restructuring is to encapsulate a return to true federalism under which each federating unit in the country will enjoy self-determination.”

Maintaining that from its formation 70 years ago, it has always agitated for federalism, Afenifere stated that not only has it consistently agitated for true federalism, it has always promoted it right from the various constitutional conferences that took place before the country’s independence and even after the country gained political independence from Great Britain.

It said, “On the occasions when the political parties masterminded by Afenifere ruled, the people experienced what could be called life more abundant in line with its slogan, which was usually the focal point of its campaigns. By this is meant the periods when the Action Group, Unity Party of Nigeria and Alliance for Democracy governed the Western Region and later, some states in the Western part of the country at different times.

“At the moment, Nigeria seems to be bleeding in its various arteries. Kidnapping, terrorism, herders/farmers’ clashes, banditry, socio-economic problems, high unemployment, hyper-inflation, Boko Haram insurgency, etc are the order of the day. The problem of Boko Haram insurgency has reached such a peak that some areas in Niger State have been taken over by the bandits, according to the governor of that state. This is in addition to parts of Sambissa Forest that the terrorist group has cordoned off. It is also in addition to various kidnapping and slaughtering activities the terrorists are carrying out in different parts of the country.”

After highlighting the various challenges confronting the country, Afenifere said that the surest way of putting an everlasting end to these challenges is to restructure in such a way that every section of the country will be in a position to determine its own affairs under a true federal constitution for the republic.

The statement added, “We are calling on President Muhammadu Buhari to, without further delay, set the machinery in motion to let representatives of the people converge and come up with a constitution that will return the country to a true federation.”

To stem the present high level of insecurity, Afenifere in the release, urged the Federal Government to devolve more powers to state governors, provide sophisticated weapons and equipment for our security agencies, sanitize the agencies with a view to weeding out fifth columnists in their midst and motivate the fighting forces adequately.

“State security agencies like Amotekun, etc, must also be strengthened and be given powers to operate like state police.”