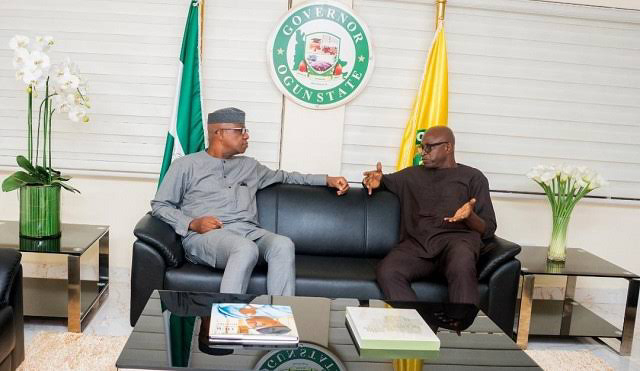 The governor of Ogun State, Prince Dapo Abiodun, has congratulated a former captain of the Nigerian Super Eagles and sports administrator, Segun Odegbami, as he celebrated 70 years anniversary of his birthday.

Abiodun, in a statement by his Chief Press Secretary, CPS, Kunle Somorin, on Sunday, said that Odegbami, through sports, particularly football, has brought accolades to Ogun State, Nigeria, and Africa at large.

The governor described the former Green Eagles’ winger and 1980 African Nations Cup winner as an enigma and one of the finest players in the round leather game.

Abiodun added that as a sports administrator, the septuagenarian has added value to sports management in the country and in the continent of Africa.

Recalling how ‘Mathematical’ Odegbami, as he was dubbed in his playing days, mesmerized his opponents on the football pitch in the 70s and 80s, Prince Abiodun noted that his contributions to the game, both on and off the field, will forever be remembered and treasured by generations yet unborn.

He lauded Odegbami for the establishment of a football college at Wasimi, Ogun State, insisting that the former international player has opened a vista for budding sports talents to bloom into global recognition.

The governor noted further that the establishment of a sports radio station in the capital city of Abeokuta by Odegbami, reinforced his passion for the development of sports, not only in Ogun State, but Nigeria and even beyond.

He prayed for a long life for the septuagenarian, who he described as a pride of Ogun, expressing delight at the achievements of the football icon.