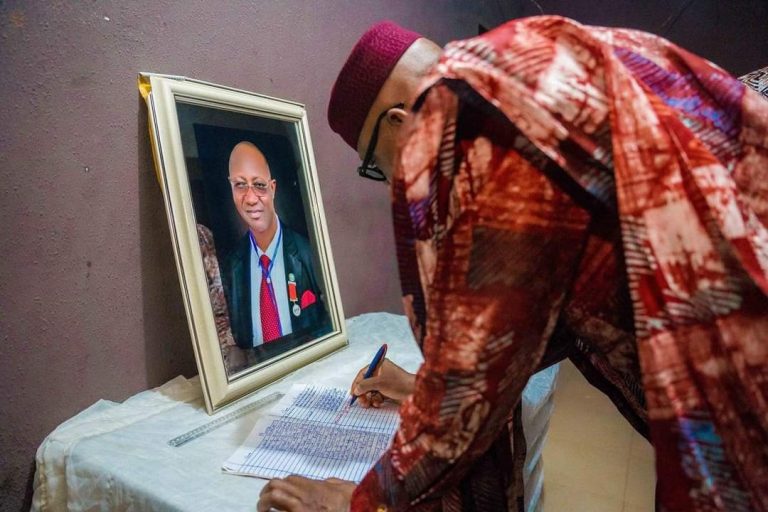 The governor of Ogun State, Prince Dapo Abiodun, has described the death of the former Head of Service, HoS, in the state, Engineer Isiaq Olanrewaju Bisiriyu, as shocking, painful and a great loss to the state.

Noting that the former number one civil servant in the state was a thorough-bred public servant and astute administrator, Abiodun declared that Ogun State has lost one of its finest in the public sector.

The governor said that though Engr Bisiriyu had retired from the service, his contributions to Ogun State matters, particularly in the area of public service, would be sorely missed.

Bisiriyu was the first HoS to work with Governor Abiodun when he assumed office in 2019.

In a statement signed by the Chief Press Secretary, CPS, to Governor Abiodun, Kunle Somorin, in Abeokuta, the governor expressed his deep condolences to the family of the former Head of State, his community and the civil service of Ogun State.

He observed that as a governor, working with the late HoS was not only eventful, but beneficial and cordial.

Abiodun added that his administration inherited the late Bisiriyu as the Head of Service, from the immediate past administration, but he (Bisiriyu) stood out as a worthy administrator.

The statement added, “His acumen, good character, humane disposition and unassuming personality, endeared him to our team.

Prince Abiodun reiterated that he would personally miss the wise counsel of the former Clerk of the state House of Assembly, just as he noted that a huge vacuum has been created by the demise of Engr Bisiriyu.

While praying that Allah should grant the soul of the departed Aljanah Fridaus, the governor equally asked God to grant his family and the state civil servants the fortitude to bear the irreparable loss.

Why I Conceded Defeat To Buhari By Good luck Jonathan