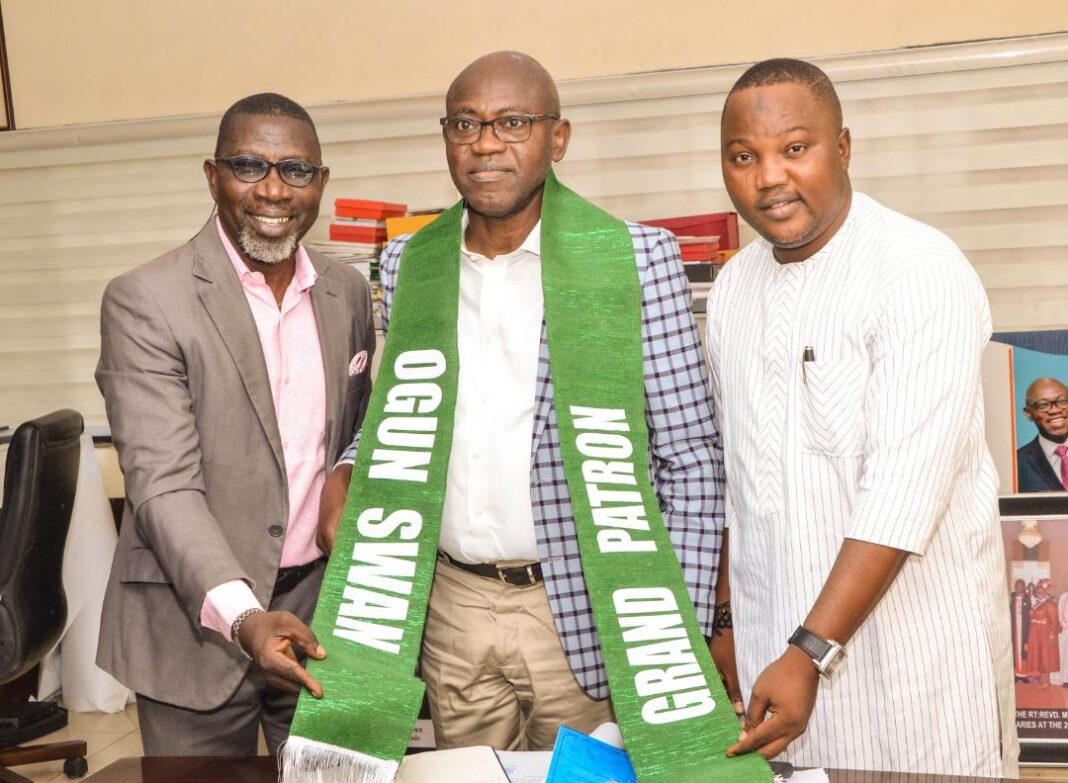 The Ogun State government has disclosed that there are plans underway to reposition sporting activities and sports administration in the state, even as it assured the Sports Writers Association of Nigeria, SWAN, of a robust support and intervention towards improving sports broadcasting in the state.

The assurance came from the Ogun State governor, Prince Dapo Abiodun, when the executives of the Ogun State chapter of SWAN paid him a courtesy call in his office, Oke-Mosan, Abeokuta, to present him the award of the Grand Patron of the association in Ogun State.

The governor, represented by the Secretary to the State Government, SSG, Mr Tokunbo Talabi, said that the government appreciates the contributions of the association to promoting sports activities and development in the state, saying that the government will support the retreat being proposed by the association for its members in September, adding that his administration was ready to work with the sports association in conjunction with other sports veterans in the state and beyond in other to further reposition the sector so as to create wealth and employment opportunities for the youth.

The governor also promised that the blueprint being proposed by SWAN, submitted to the government will be looked into for necessary review and implementation, while he noted that his administration will further improve on the recent rehabilitation works carried out in the M.K.O Abiola Stadium, through a public private partnership.

Abiodun further assured that plans were already underway through the public private partnership with his administration to reposition sporting activities, including Tertiary Institution Games, Sports Festival, among other things, which will be unfolded soon by the government.

Speaking Earlier, the Ogun State SWAN Chairman, Mr Hakeem Akintunde, said that the visit was necessitated by the unanimous decision by members of the association, which deemed it fit that the governor be decorated with the title of the Grand Patron of SWAN owing to his immense contribution to sports, particularly the support that cheered to victory Tobi Amusan, the Nigerian athlete, an indigene of Ogun State, who became the Commonwealth and World Champion in the 100m hurdles; as well as the record holder in the three competitions while they also present the proposal by the association on the review of the state of sports in Ogun State and its recommendations for the development of sports in the state.

Akintunde said, “Our primary assignment is to report sports and also partner in setting agenda for sports development. But we’re as well potential sport administrators and because the world is changing and evolving day by day, we need to equip ourselves with requisite skills in line with the dynamics of the profession.

He noted that the association is also planning the second edition of the Ogun SWAN/Security and Safety Corps Sports competition holding on September 5, 2022 and wants government to support the project.

Among other requests of the association presented to the Ogun State government include: provision of operational bus; support for the training of its members and the review of the NFF project and Sports Commission among others.