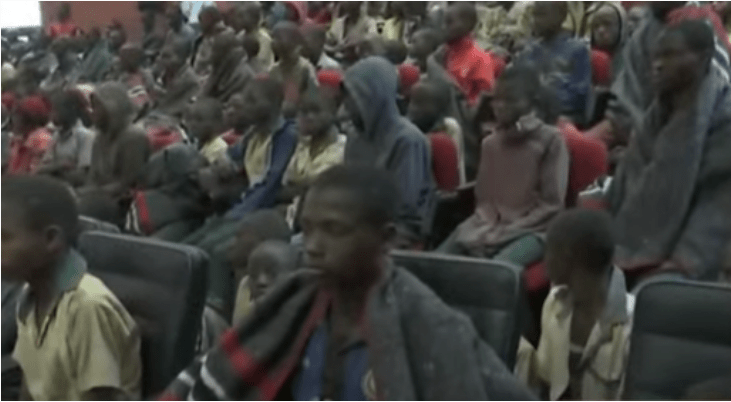 Schoolboys kidnapped from Government Science Secondary School, Kankara in Katsina State have been released by their captors.

The students were kidnapped by Boko Haram insurgents on Friday, December 11, 2020.

Secretary to the Katsina State Government, Mustapha Inuwa, said that 340 students were released.

Also confirming the release of the students, the governor of Zamfara State, Bello Matawalle, tweeted, “Alhamdulillah for the successful rescue of students kidnapped from Government Science Secondary School Kankara, Katsina State. To God be the Glory.”

Reports indicated that the schoolboys are on their way to Katsina city, as at the time of filing this report; and they would be received by President Muhammadu Buhari at the state capital on Friday, December 18, 2020.