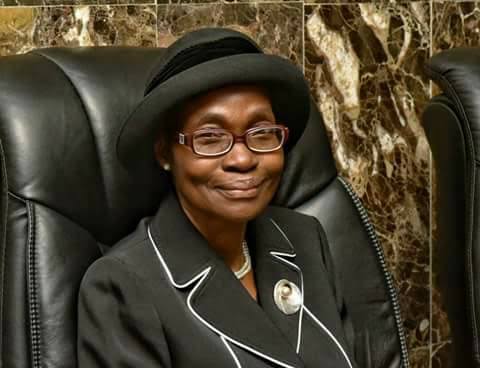 In an ideal democracy, all power, especially state power, must be exercised under law and according to the dictates of law. If law governs power, then it should be able to regulate those that are subject to it. The constitution of our country and the values in it, stand supreme – above the legislature, the executive and above all judicial officers.

Like never before, as the Chief Judge of Ondo State, the move by the governor of Ondo State, Arakunrin Rotimi Akeredolu, to remove the deputy governor, Hon. Agboola Ajayi, from office through the state House of Assembly gives you a vital opportunity to uphold the integrity of Ondo State judiciary and its independence.

This open letter is coming to you at this auspicious time because of the sacred role you may have to play in the imminent plan by the Ondo State governor, Arakunrin Akeredolu, SAN, to remove his deputy, Ajayi, by all means possible and at all cost. The government’s position is not hidden; it is already in the public space.

It’s needless mentioning the level of desperation which Mr Governor has shown on this vexatious matter, because history already has a place for his hypocritical stance in the law profession, being a former President, Nigeria Bar Association, NBA. But your lordship, you have a name and integrity to protect. The cerebral Chinua Achebe once said, “One of the truest tests of integrity is its blunt refusal to be compromised.”

If there’s any time the good people of Ondo State need your integrity, it’s now! And the reason is not farfetched; as the governor has succeeded in compromising his party’s leadership in the state; the legislature.

However, we, the people of Ondo State, still hold this believe that the judiciary is the last hope of the common man.

Your Lordship, the point here is that the impeachment process initiated by 14 members of the 9th session of the Ondo State House of Assembly on 7th July, 2020, is dead on arrival. This is because simultaneously, 9 members of the same Assembly jointly signed a resolution disassociating themselves from the whole process. The implication of the action of the 9 parliamentarians is that the planned impeachment of the Deputy Governor cannot proceed beyond the signed notice of impeachment.

For clarity, section 188(4) of the 1999 Constitution of the Federal Republic of Nigeria, which put a stop at the process is produced below:

The pertinent question therefore is, what’s the votes of not less than two-thirds majority of all the members of the House of Assembly – 2/3 of 26 = 18. When nine (9) is substracted from twenty six (26) the result is seventeen (17). It is a settled principle of law ‘that one cannot build something on nothing” as the whole edifice will collapse.

All discerning minds in Ondo State know today, that the next line of action is that the governor in his desperation will bring into full force the enomous power and influence of his office to bear on Your Lordship to join in this illegal arrangements to oust the Deputy Governor. He will attempt to force Your Lordship to appoint a panel of seven persons to do the hatchet job.

Your Lordship, please do not compromise, so that history will be kind to you. History, we say, will surely vindicate the just and the wicked will surely be punished.