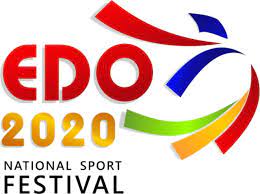 As states continue to jostle for medals at the 20th National Sports Festival, Teams Edo and Lagos are to battle for the football event gold medals in the men and women categories.

Both matches are scheduled for University of Benin sports complex in Ugbowo today, starting from 12noon.

To reach the final, Team Edo defeated Tema Imo 3-1; while Team Lagos beat Team Abuja 2-0 to grab the ticket to the gold match.

In the women’s game, Edo defeated Delta in a nail-biting, tension-soaked match by 1-0; while Lagos crushed Kaduna 4-0.

In the tennis event, Team Edo’s duo of Airhuwunde Osariemen and Aanu Aiyegbusi won the gold in the women’s doubles with a 6-3, 6-2 victory over Rachel Adunoye and Esther Olamide of Team Kwara.