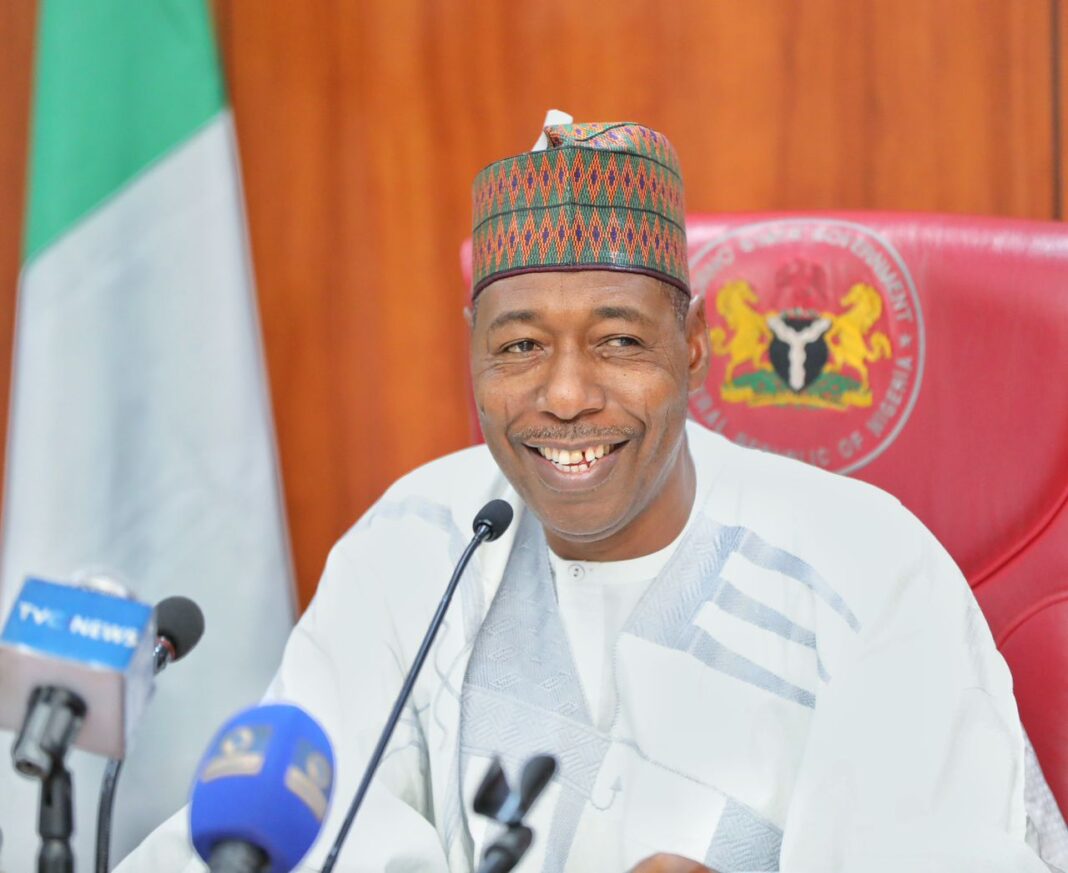 Borno State Governor Babagana Zulum has inaugurated an 887-member Campaign Council for Borno State All Progressives Congress, APC, ahead of the 2023 general election.

Speaking at the occasion, which took place at the Multi-Purpose Hall, Government House, Maiduguri, on Sunday, Zulum urged members of the campaign council to ensure that APC sweeps all units in the state.

Zulum said that Borno State has recieved special attention from Federal Government under President Muhammadu Buhari, and now has its son, Senator Kashim Shettima as the running mate of the  party’s presidential candidate, making it necessary for the state to show special thanks to the party with resounding victory at all levels.

Listing the successes of his administration in various sectors, Zulum said that when re-elected, he would consolidate on the achievements and do more.

He said that his administration would also partner with the Federal Government to resuscitate oil exploration in Lake Chad and the completion of Biu Dam project.

He also said that he would revive the Chad Basin Development Authority and all irrigation projects in Borno State.

In his remarks, the state APC chairman, Alhaji Ali Dalori, lauded the achievements of the APC in the state at all levels, which he said would facilitate and make the job of the committee easy.

He however frowned at the member of the House of Representative, representing Biu/Bayo/Kwaya Kusar/Shani federal constituency, and also the candidate for the 2023 general elections, Hon Muktari Aliyu Betara, for being the only APC candidate that shunned the inauguration.

He said, “I particularly want to thank the governor for his outstanding performance as one of the best in the country, whose performance has made our job easier.

“But I am very disappointed with Hon Betara for his refusal to attend the inauguration, without giving any apology.

“The APC is supreme than any candidate, because, nobody can win election without standing on a party platform. So I want the people of Betara’s constituency to tell him that we are not happy.”

Also speaking on behalf of members of the committee, Senator Ali Ndume, said that members were committed to deliver and counted heavily on support and cooperation of party members across the state.