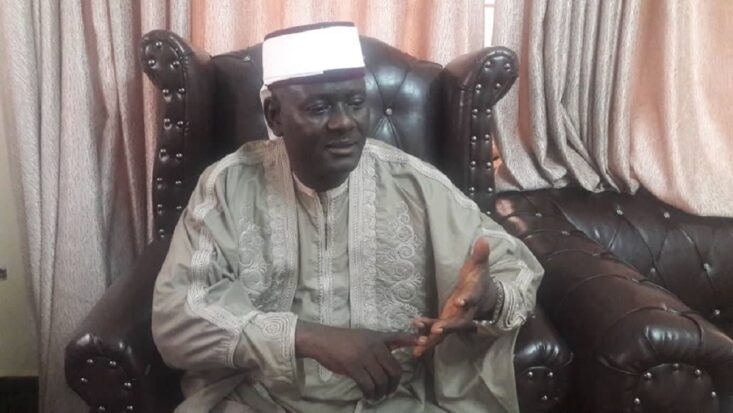 Leadership of the Northern Youth Leaders Forum, NYLF, has denied endorsing any aspirant for the 2023presodential race, asking the public to reject and disregard the supposed endorsement purportedly made by NYLF ahead of the presidential election of 2023.

Speaking through a statement signed by the National Chairman of NYFL, Comrade Elliot Afiyo,and made

available to newsmen in Sokoto, the NYFL said that shady operators, claiming to be operating from the NYLF took to the media to make claims that the NYLF had endorsed persons that the Forum had not endorsed. They claimed that NYLF had endorsed the governor of Rivers State, Nyesom Wike, for the presidential seat.

Comrade Adiyo made it clear that the NYFL has not endorsed anyone for the Presidency.

The national chairman made it clear it was not true.

It was gathered from inside sources within the Peoples Democratic Party, PDP circles in Sokoto that a PDP governor from the North sought to influence the outcome of a conference held by NYLF in Sokoto recently.

According to sources, the governor wanted to get the group to put their weight behind Governor Wike; but the group however rebuffed the governor’s advances.

Subsequently, the governor then sought to subvert the anticipated endorsement of other persons by the NYLF. It was further gathered that through financial influence, some members of the NYLF were convinced to announce the supposed endorsement of Governor Wike for president through the back door.

The NYFL National Chairman said that the move “wouldn’t work, we have not endorsed anyone yet.”

The statement reads, “The attention of the Northern Youth Leaders Forum, NYLF, has been drawn to so many publications in print and electronic media, both in nationally and internationally, claiming that the NYLF has endorsed Senator Bala Mohammed, Chief Raymond Dokpesi or Senator Bola Tinubu as our preferred candidates for the 2023 presidential elections, during our NEC meeting in Sokoto on the 10th of April, 2021.

“Despite the fact that our Political Committee Chairman, Dr. Sadiq Abubakar, held a press conference in Kano to clarify the position of the NYLF, yet, some media organizations went ahead to broadcast and print the erroneous report.

“To this end, I wish to state clearly that the NEC meeting in Sokoto was purposely convened to receive the Political Committee’s report and fix a date for the delegates conference during which the delegates, comprising all the chairmen and secretaries of the 42 affiliated youth 9rganizations and all the zonal officers will vote. The candidate to be endorsed must get 2/3 of the total votes.

“During our NEC meeting in Gombe on the 14th of February, 2021, the NEC shortlisted thirteen 13 politicians and directed the Political Committee to carry out thorough research or checking on them and put forward their recommendations to the NEC.

‘From the report presented to us only Senator Bala Mohammed, Chief Raymond A. Dokpesi and Senator Bola Tinubu were recommended for consideration by the NEC. We then wondered from where the BBC and VOA got their own report that included Governor Wike among the recommended persons and was subsequently endorsed by the NEC of the NYLF.

“We want to reiterate and state clearly without any fear of contradiction that the NYLF has not and would not endorse anybody until the 20th of May, 2021, which by the grace of God, will be done in public view and in a transparent manner.

“Until then, the public should discard and disregard any information on the endorsement of candidates by the NYLF for 2023 presidential elections. We are not unaware of the scheming by some groups. But we have resolved and unequivocal too, to avoid the mistake of past.”