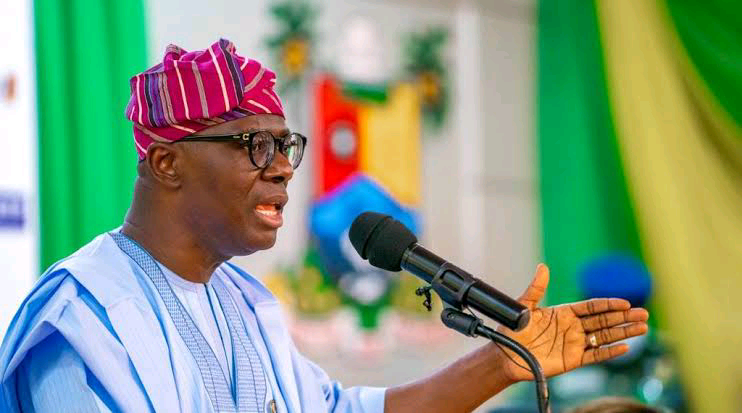 Some human rights activists from various non-governmental organisations, NGOs, across Lagos State have expressed excitement over the promised distribution of 20,000 free electricity metres to several communities in the state by Governor Babajide Olusola Sanwo-Olu, saying that the largesse is a true demonstration of dividends of democracy in concrete terms.

In a vox pop carried out by our reporters across Lagos State, all respondents expressed the delight that Sanwo-Olu has not rested on his oars in walking his talk through the fulfilment of his electioneering promises in 2019, insisting that the governor has further proved to be a trust-worthy person, whose words can be taken to the bank.

Setting the ball of the exercise rolling, the Convener of the Black Youth Vanguard, BYV, Comrade James Adeyemi said, “Sanwo-Olu has never disappointed our group since his first day in office.

“The man is a God sent Messiah to Lagos.”

Another right activist, Comrade Adewale Oladipupo, while thanking God for directing the people of the state aright in 2019, while voting for Sanwo-Olu, expressed the delights that “our collective decision to give him our mandate has turned out to be a blessing.”

Adewale, who is the leader of Epe Youth Forum, EYF, enthused that the rate at which the governor is operating, Lagos State will, in no time, achieve complete Mega City status, warning all saboteurs to keep away from the state.”

Speaking in the same vein, Comrade Omolola Olukayode, of the Nigeria Peace Advocacy Group, NPAG, said what is expected from the people now is more support and cooperation with the current administration in the state, asserting that Sanwo-Olu has come to give the state the befitting status it deserves.

In a related development, the leader of a pan-Yoruba group, Egbe Omo Yoruba Ronu, Comrade Adeosun Adekunle, in his remarks congratulated the people of Lagos State for giving their mandate to a ‘Correct Guy,’ saying, “The way Sanwo-Olu is going, the sky would be too low to be the limit for the state.”

Recall that the state governor, Sanwo-Olu, approved the project to ensure low-income communities in the state have access to pre-paid meters free of charge. The target communities now are, Alimosho, Agege, Isale-Eko, Surulere and Mushin, according to the state Commissioner for Energy and Mineral Resources, Engr. Olalere Odusote.

The commissioner made the disclosure during the week, while giving the scorecard of his ministry in the last two years in commemoration of the 731 days of Sanwo-Olu’s administration, where he stated that the project, which is being executed under his ministry, has experienced delay due to fixing of every necessary infrastructures needed for the installation of the meters.

The activists were unanimous in agreement that when finally executed, both personal and the state’s economy would be boosted and therefore create job opportunities for the teeming youth, seeking for employment, adding that its multiplier effect would lead to reduction of crime rate in the state.