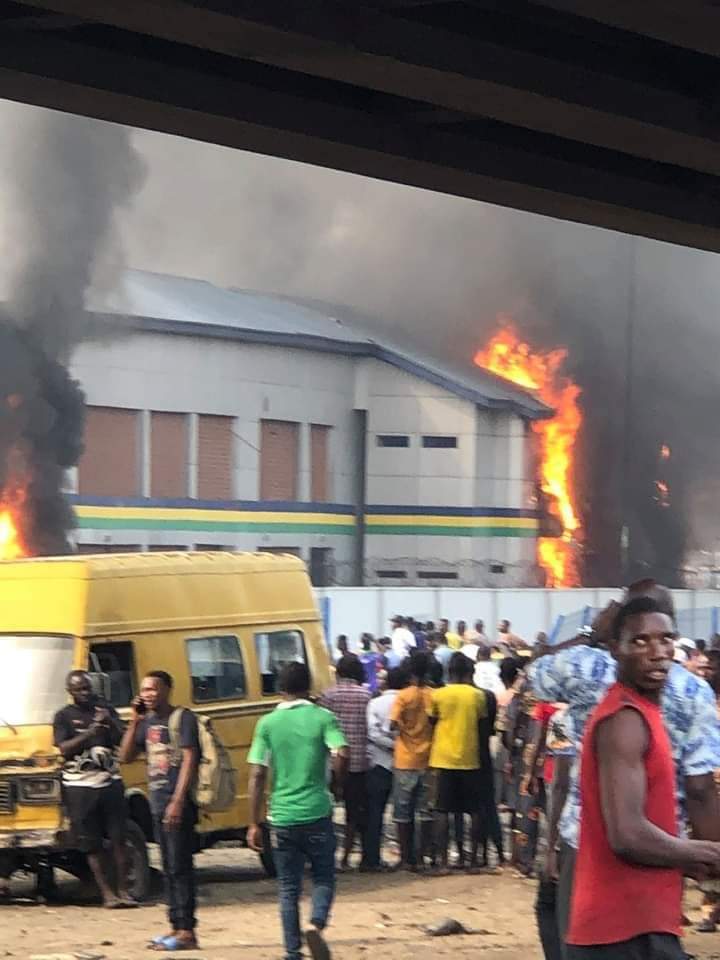 The incident occurred around 09.45 am, according to an eyewitness, simply identified as Muibudeen, who noted that policemen shot at the hoodlums before they set the police station ablaze.

The spokesperson of the Apapa-Iganmu Local Government Area, Ayo Micheal, said, “Yes, the station has been attacked.

“What happened is that some boys came out this morning. They assembled themselves at Orile Junction. They were about marching down to Apapa. Just like yesterday that they started at Apapa Airport. They were on their way to Apapa, I learnt they passed through the police station and protested there.

“As they were protesting, police officers attempted to disperse them. They resisted the police. Before you know it, policemen shot two direct bullets at them. The bullets hit two people in the shoulder and chest.

“The two of them have died according to reports that I got.”